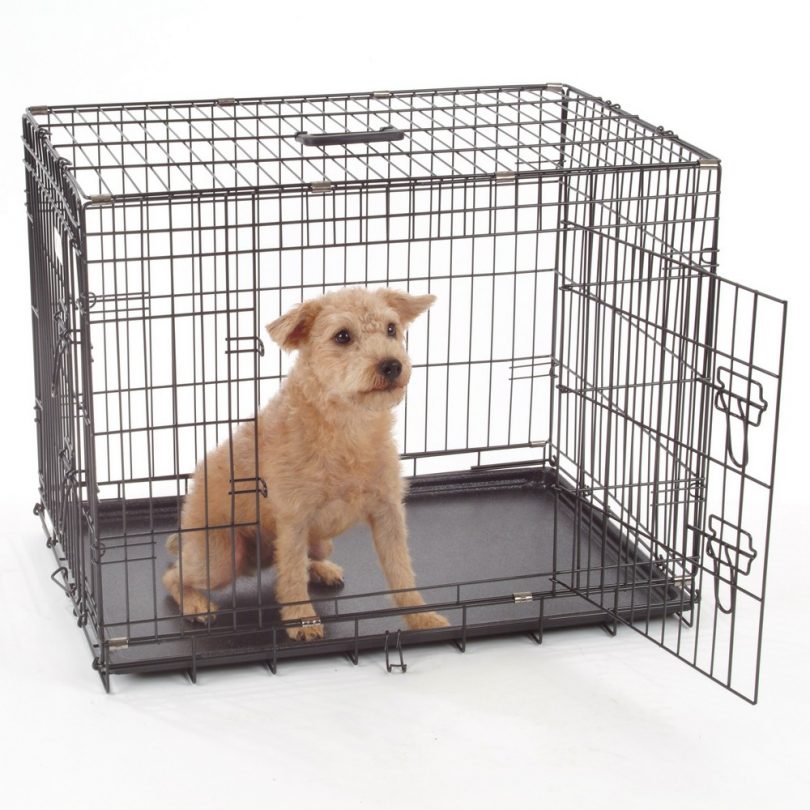 A crate might appear as a prison to your pet and thus he will have a hard time enjoying one, but it will really make things easier for you when travelling or taking him to the vet. With this idea in mind here are the steps you must follow when crate training your dog.

The crate should obviously be large enough to allow your dog to feel comfortable in it and you have to give him time to get accustomed to the new object. Place a soft blanked in the crate and some of his favorite toys.

If the pet is curious right away about the new crate give him treats and reward his actions. If this isn’t the case, then simply sitting near the crate and talking to the pet in soft tones should make him more interested. Put treats in the crate and praise him if he goes to get them. This process shouldn’t be made in a hurry, allow him at least a couple of days to accommodate.

As with other training exercises now a command should be associated with his action of entering the crate. Don’t make it anything too complex, a simple “go to the crate” or even the word “crate” should be enough.

When this activity becomes more common you should ask him to go to the crate, close the door and walk out of the room for a few seconds. If he acts well then a praise should enforce his behavior and during the next days try to increase the period up to 30 minutes. See what happens if you leave the house for a few minutes.

At this step the dog should feel comfortable enough with the crate to see that it’s a part of his refuge and home, so crating him will be made with ease. Keep in mind that the dog needs exercise and in the crate he isn’t getting any, so never keep him there for more than six hours. If you have a puppy the crate time should be even lower to up to four hours at a time.