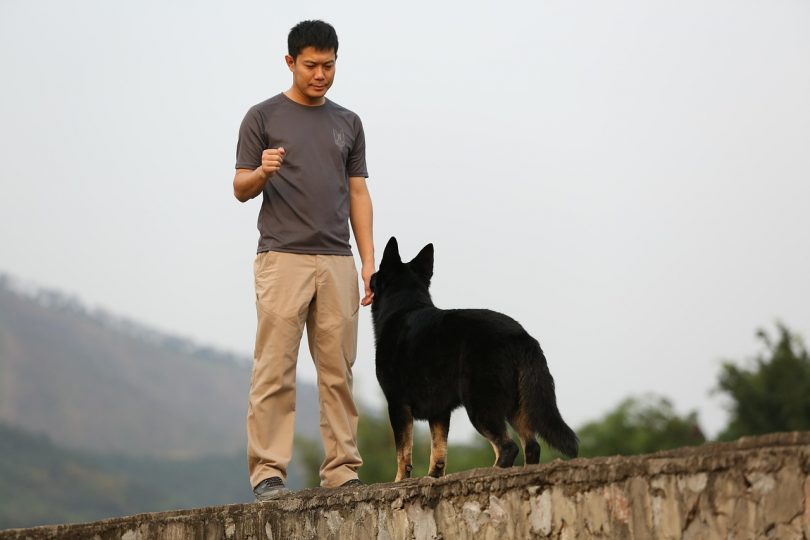 Having a dog around you is a fun and relaxing way to spend your time at home, but what if that tail chasing friend of yours doesn’t do anything you want him to do? What if instead of having quality time with him, you’re just annoyed by his – sometimes destructive – behaviors? The answer is dog training.

If you’re new to dogs and dog training, we’ll provide you with some of the basics you need to know to get started in no time. If this is your first time having a dog, training him can seem overwhelming. But don’t get discouraged and take everything step by step.

The Basics of Dog Training

It’s important to start training your little canine friend from a very young age or as soon as possible, because younger dogs respond better to training. We’re sure you understand this, as it’s the same with us humans. Patience, consistence and perseverance are key here.

Without further ado, let’s take a look at the basic steps in dog training.

Since most of you will probably keep your dogs indoors, one of the first things you should teach them is house or toilet training. It’s important to start this as soon as you take a dog home and if possible when he’s between 12 and 16 weeks of age. Earlier than that, puppies won’t have enough control over their bowels and bladder and later than that will only prolong the training period.

The first step here is to set a schedule for training, meals and taking him outside. Wake up at the same time every day and take your dog or puppy outside right away. Keep regular mealtimes during the day and take him outside after every meal.

Pay attention to any signs like sniffing things or pacing around as these mean it’s toilet time. When you notice that, take your dog outside right away. If you catch him in the middle of the act, be firm and say ‘no’ then take him outside to finish. Praise him when he obeys, but never punish him.

Always use a word like ‘outside’ for this action. Do it consistently and it will become a command your dog will listen to in the future. Try to bring him to the same area, as with time, the odors will encourage him to pee and poop in the same area all the time and strengthen the fact that he’ll always do his business outside.

In the beginning, it’s a good idea to take him outside more often, something like every hour or so and always before leaving him alone, like before going to work. In addition, taking him outside in the evening should be one of the last things he does for the day.

Always stay with him outside, praise him when he does everything right and give him treats as rewards. A half-hour walk around your house could be a nice reward as well.

In the next posts we’ll continue with other important parts of basic dog training, such as leash and clicker training, basic commands, socialization and proofing behavior.