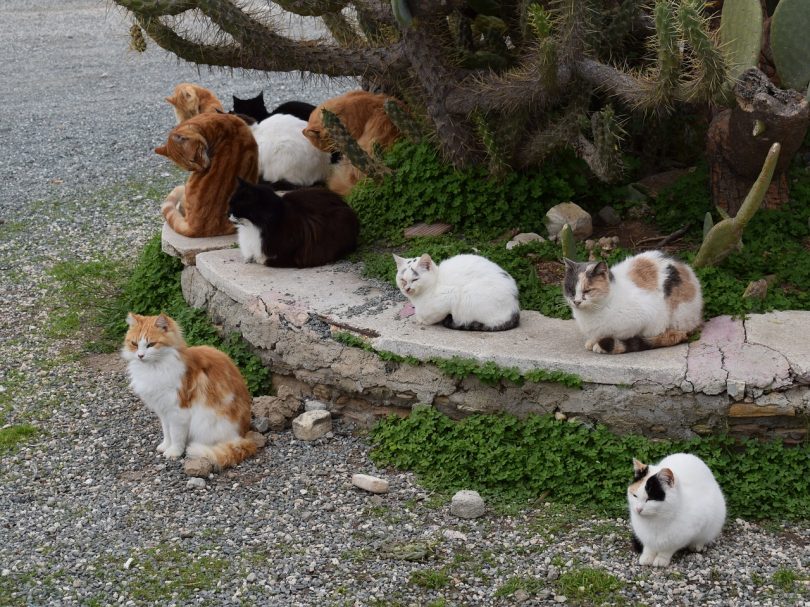 There are many things to take into consideration when you become a happy cat owner, but what about if you decide to live with two, three or more cats? Well, that’s where things get tricky so make sure your read these next tips on living with more than one cat.

Most of us love cats so much that we feel that one is never enough. But having too many of them might not be very desirable either, so what should you be careful about when living with more than one cat?

Some Tips on Living With More Than One Cat

The number of cats that can live under the same roof depends on several aspects such as genetics, the sociability of the cats involved, space and facilities.

As you probably know by now, cats are territorial creatures and trespassing their territory might not be tolerated. So if there are more than one cats in a home, it’s best they’ve got enough individual space for themselves and neutral space that they can all share happily.

A general rule is to have one cat per bedroom, so depending on what your house has to offer, you can have more – or less – cats around. Your kid’s bedroom doesn’t count. The idea is that each of the cats has to have its personal undisturbed space where she can retreat when she doesn’t feel sociable.

If you own a two-story mansion, well, lucky you, and your many cats.

The Age and Traits

If the cats are already mature, it depends on each individual cat’s personality if she can live with other cats or not.

In general, kittens can be taught to live with and accept many other cats around, so if possible, go for kittens.

Also, when adding a new cat to your household, try to keep her away from the other cats at first until she gets comfortable enough to go meet them. When that happens, make sure their first meetings are supervised by you, so that everybody understands that the newcomer is part of the family.

Moreover, before getting more cats together, study the breeds for a while and make sure you get the right combination. Some breeds are super friendly and adaptable while others not that much. You should try to mix the ones with similar traits, as those can get along very well together.

Other Things to Consider

Litter boxes. That’s one issue you should have in mind. While one litter box is enough if you have only one or two cats, for any additional cat you should get another litter box.

Food, toys and water are another possible trouble. It’s advisable that each cat has their own. While there are cats who can share all these, some don’t, especially if they’re new to the household or don’t get along with the others too well.

Make sure you observe, at least in the beginning, the behavior of all the cats living together. Some are more friendly and forgiving, while others are more territorial. Then make adjustments according to the situation until everybody goes one to live happily together.