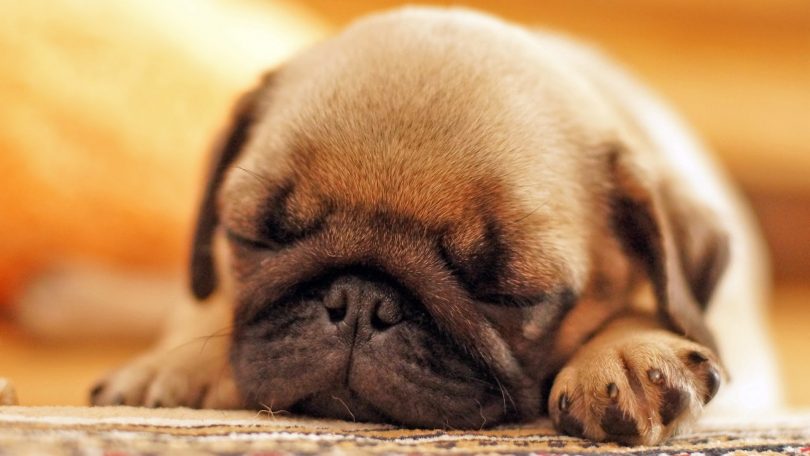 This breed is very popular for their cuteness and for their warm personality and so we offer you our top 10 names for pugs. We made this list with the intention of giving you some names that will work really well and not get boring to hear all day. A cute pun name like Elvis Pugsley or Pugzilla might be hilarious the first time you hear it but it will get old quick. With that idea in mind, here are our top 10 names for pugs and we made two lists actually, one for males and the other for female pugs.

So strange-sounding and exotic, this comes from the Buddhist religion and it signifies “wisdom” or “enlightenment”. The wrinkled faces of pugs make them seem old and wise so this name fits them really well.

The fairy from Peter Pan has a very strong personality and she may sometimes be ill-tempered, jealous, spoiled or vindictive but she also helps Peter a lot. Pugs tend to be quite needy and will become unhappy if they don’t receive attention so we can consider them similar to Tinkerbell. 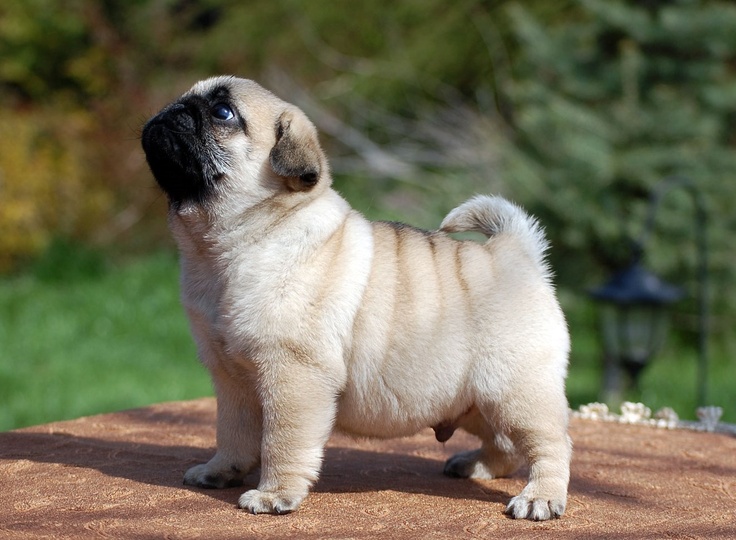 With the meaning of the “generous one”, this works for the social disposition of a pug as they certainly like to offer a lot of attention and love and they are always eager to please. There is a popular animated sci-fi comedy by Disney entitled Lilo & Stitch and that is why many choose this for a name.

This is the diminutive of Amabel and it means “lovable”, something pugs definitely are. It might seem old-fashioned today but many people enjoy these names since they sound more classy and refined. There is even a Princess Mabel in the Netherlands today so you can even consider this a royal name!

This means “flower” in Latin and it is also the name of the Roman goddess of spring. There were many literary characters with this name and it is making a comeback in recent years along with the names Dora or Cora.

The form and color of pugs make them particularly suitable to be called Peanut and it is a name that is very popular.

A name that has been often given to femmes fatales in films, it represents the “lady of sorrows” as it is a short form of Dolores in Spanish. Many stars named their children Lola so if give your pet this name you will be in good company. 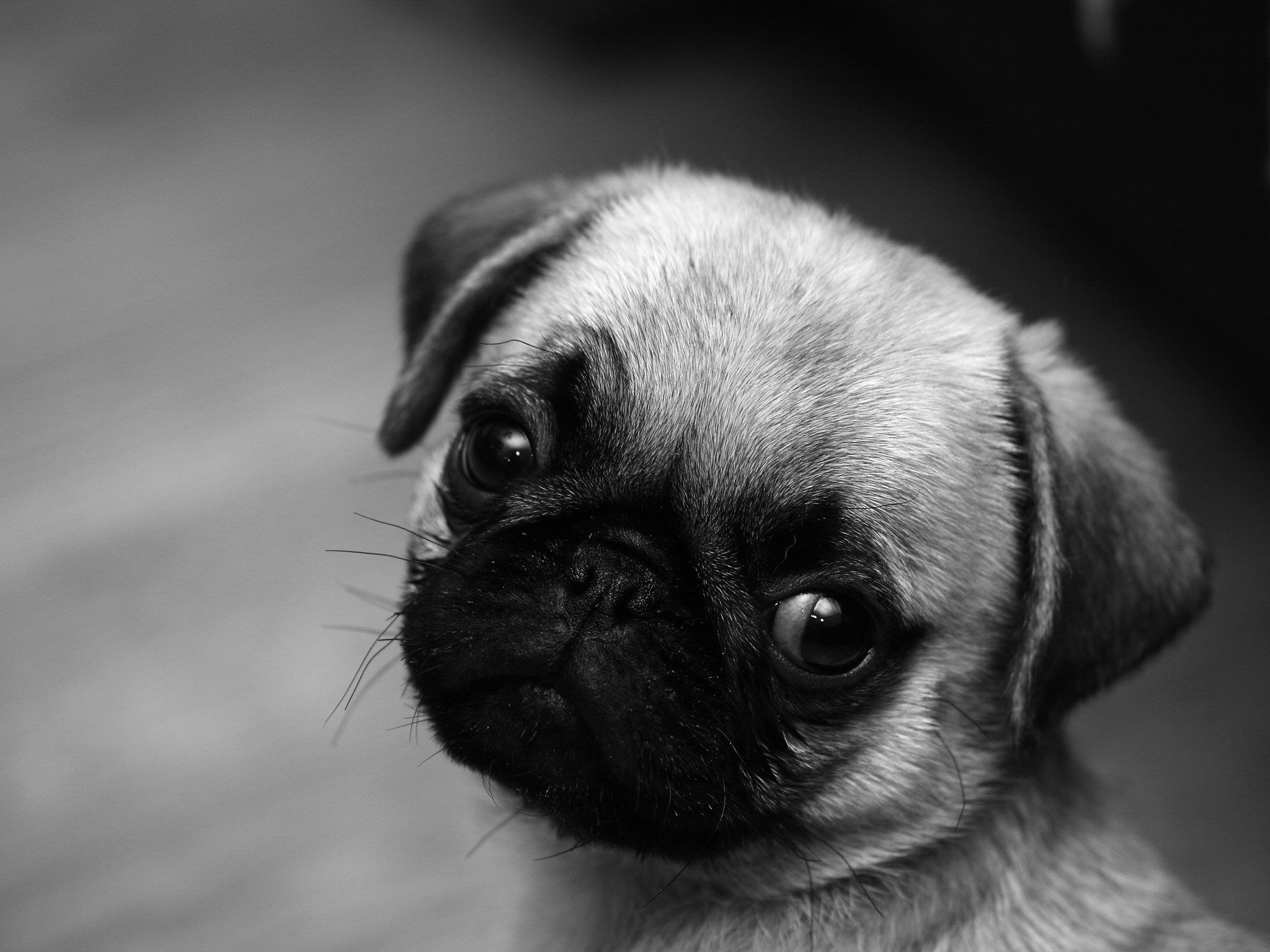 One of Jessica Alba’s pugs is called Nancy and the name means “grace” or a divine favor. If you love to read then you probably remember the character from Oliver Twist too and there is also Nancy Drew the girl detective.

it comes from Sarah and it signifies someone who has a royal status such as a princess. Sarah is an imposing name but Sadie makes us think of someone who is very playful and sweet so it works great for your cute pug.

It means “life” in Greek and it was chosen as a translation of Eve. Many famous characters have this name and also a lot of celebrities.

The pug from Disney’s Pocahontas has been spoiled but later on decides to leave his owner and go on an adventure with the main character. 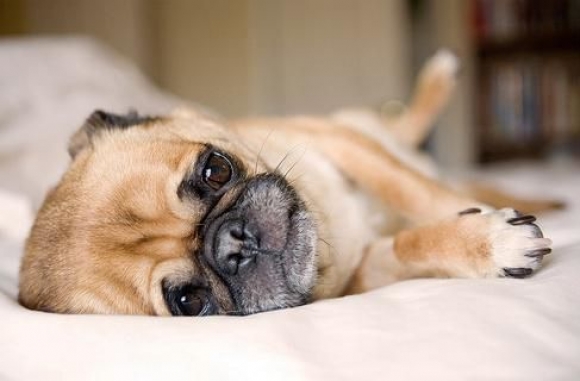 This name was that of a famous pug from the sixteenth century who saved the life of the Prince of Orange, – William The Silent. During a campaign against the Spanish, this dog thwarted an assassination attempt since he was barking and scratching the assassins to warn the master. The dog’s statue is carved at the feet of his master on the monument at the Church of St. Ursula in Delft.

This is the name of Queen Victoria’s favorite pug. She even had a bronze statue made of Basco that has been erected over the grave of the Prince of Battenburg.

The French queen Marie-Antoinette also had a pug and she played with him so much that the pet proved to be a liability when she became queen since she had to look her best. This meant that the dog had to be taken back to Vienna but was eventually brought back to France to be reunited with his adoptive parent the queen.

An absolutely delightful name for a pug, this sounds really good and royal while at the same time being funny. You can’t go wrong with this choice and this name is ideal for a pet pug.

The pug has a noble heritage as a breed since they were developed to be used by the Chinese royalty as lapdogs and thus you can easily justify calling your pet Duke. A cute, imposing and easy to remember name for your dog is definitely a great choice. 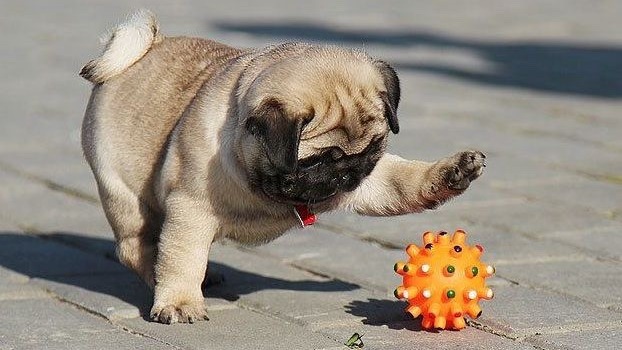 If you have seen Men in Black you definitely remember this hilarious pug. Frank is actually an extraterrestrial in disguise and if you are a fan of the series then you can show your appreciation by calling your pug Frank.

A pet pug will definitely be your buddy as they are extremely social and people-oriented so they will always want to be by your side. For this reason, it is obvious that the name Buddy is a perfect option.

This famous pug from The Adventures of Milo and Otis is a great choice for your pet’s name. This Japanese adventure film tells the story of a tabby cat and a pug who become friends and encounter many different animals in their travels.

A pun on the breed but also a cute name, this is the perfect choice for a pug. The origin of the name appears to be taken from a place in England that was located in Warkleigh, Devon but that hardly matters now. What matters is that it has the word pug in it and thus it is a funny and also a great name for your beloved pet.