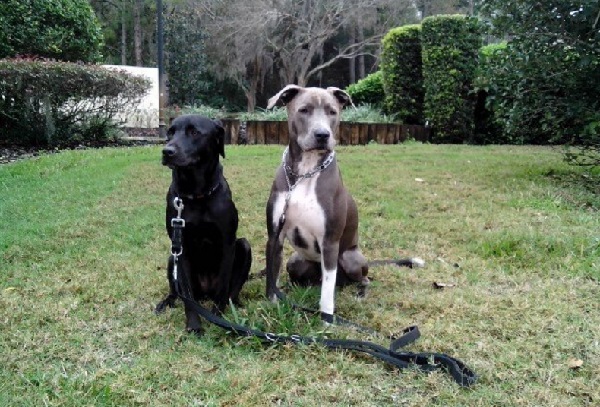 The Great Dane Pitbull mix, which is also commonly known as Great Danebull, is a large and affectionate animal, taking traits from both its parent breeds, the Great Dane and the Pitbull; they have high energy levels, are extremely intelligent, powerful and loving. Although quite ferocious looking, they are very affectionate and love attention from their owners. Great Dane Pitbull mixes are an endearing mix breed that is ideal for a family willing to give them the same care and attention that they will receive. But to fully understand this beautiful animal, we should take a look at its parent breeds; the Great Dane and the Pitbull. 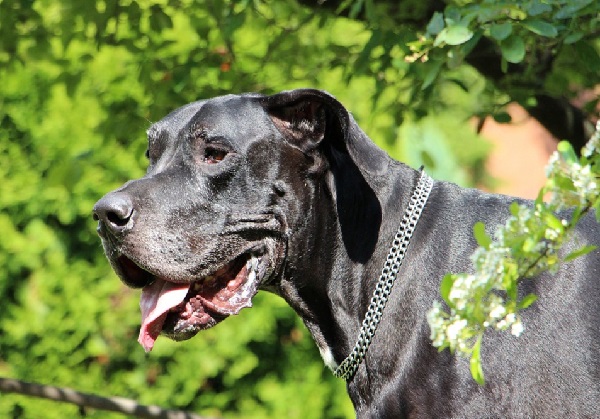 Great Danes are a German breed of dogs known for their large size, hence the use of the word ‘great’ in their name, and despite the fact that they are German, and not Danish.

In ancient Greece, large dogs resembling Great Danes which were used for hunting wild boar are depicted in paintings. They also appear in frescoes from Tiryns that date back as far as the 14th Century. These boarhounds made frequent appearances in art right up to the Hellenistic period. Other larger dogs were imported from around Europe to Germany and Austria to increase the stature of these boarhounds, along with the Irish wolfhound. It is believed that the combination of all these large dogs grew into what we now consider the modern Great Dane.

In the 19th Century, the dog was known as the German Boarhound. They were used for hunting animals as large as boar, deer and even bears. Many who wished to market the dog as one of luxury, rather than a work dog, made efforts to name them German Dogge or German Mastiff, but due to increased tension between Germany and the rest of Europe, they became known as the Great Dane, in reference to Buffon’s ‘Histoire naturelle, générale et particulière’.

Now they are known not as a work dog, but a large domestic dog. The American Kennel Club describes them as a combination of dignity, regal strength and elegance. They have a powerful and well formed, muscular body. Despite its large size, the American Kennel Club claims that it must have a conformation so well balanced that it never appears clumsy, moving with a long reach with powerful drive. They are a shorthaired dog, with a fine coat.

Their height to length ratio should be equal, giving them a seemingly square figure. Adult males will reach a height of about 30 inches, with females reaching about 28 inches. Anything less is disqualified from the standards of the American Kennel Club. They are generally considered to be the tallest dog breed; until 2014, the tallest dog in the world was a Great Dane called Zeus, who towered at 44 inches in height at the shoulders.

Their stature often suggests a fierce nature, but Great Danes are naturally friendly dogs. They enjoy physical affection from their owners and are often referred to as gentle giants. They generally have a good disposition towards other dogs, as they are not considered to be naturally aggressive. They are gentle and ideal for families, as they bond well with young children.

It is important to note that Great Danes should not be over exercised, especially when young, as this can over work their limbs. They grow very fast from a young age, and this can leave them vulnerable to joint disposition. They have a slow metabolism and thus need less food than smaller, more energetic dogs. A dog’s size generally correlates with its life expectancy, meaning that larger dogs have a lower life expectancy than smaller ones, and so the average life expectancy of a Great Dane is 6 to 8 years. 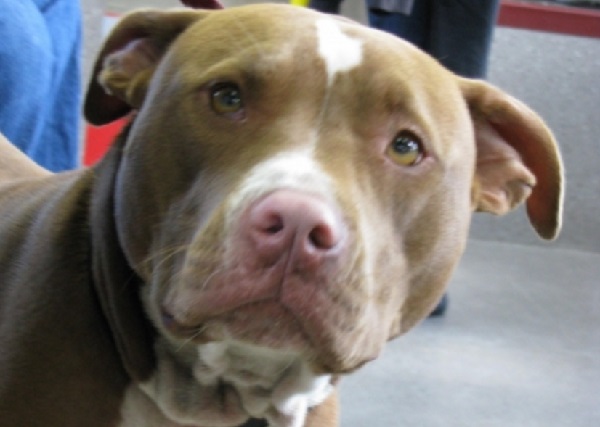 Pitbulls are highly intelligent and loving animals. They show much respect for an owner with a strong personality and temperament, which makes it important for you to be disciplined in your relationship together and to train them well. They respond well to disciplinary actions and will be a better dog if trained from as young an age as possible.

Pitbulls have a lot of energy and need regular exercise. They need at least 45 minutes to an hour of exercise a day. Without it they can become hyperactive, potentially aggressive and generally badly behaved. So it’s important that you are also active or at least willing to be active with the dog.

Despite looking like aggressive animals, they are not. As previously noted, they develop strong relationships with their owners, but are not that protective, so don’t rely on them as guard dogs! They are, in reality, very mild mannered. Because of their history as fighting dogs, many would believe that they have a dislike for humans and are naturally aggressive. But this isn’t. An obedient, well-trained and cared for pitbull is loyal and loving towards its owner. However, they can be territorial and may not take well to what they might perceive as an invasion of their home.

As with all shorthaired dogs, they don’t require great maintenance with grooming. They do not shed a lot of hair, regardless of the season. This makes them an ideal dog for those who take a lot of pride in the cleanliness of their home.

Pit bulls are naturally high energy dogs, so they need a balanced diet. They should be fed a lot of high protein foods. Chicken-based kibble is a good place to start, but adding raw eggs to their diet is also very beneficial, due to the extra protein in eggs. Crushing some eggs shells over their food adds extra calcium too. 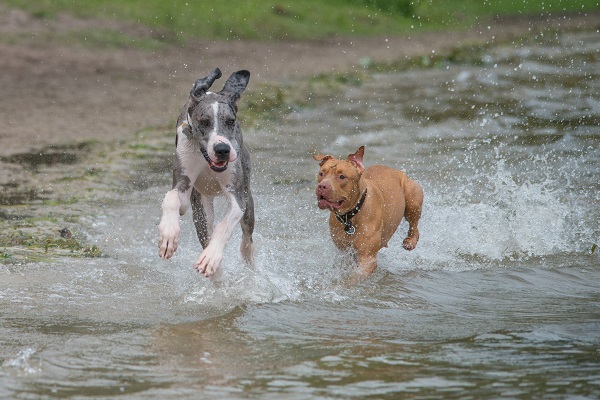 The Great Dane Pitbull mix embodies all of the good qualities of both parent breeds. They are highly loving, loyal and intelligent animals. Much research suggests that breeding certain dogs can result in horrible outcomes, as often many dog breeds are totally incompatible. Thankfully the Great Dane Pitbull mix is a favorable blend of genes that results in a complete hybrid.

Although ferocious looking, they are affectionate attention seekers. They were developed as a large but gentle animal. They are highly alert and social beings, with a great understanding of their pack. Like their parent breeds, they develop close, lasting bonds with their family and require a lot of attention.

They need a great deal of exercise, despite the Great Dane not needing a lot of exercise. The pit bull’s need for burning energy overrides the Great Dane in this breed and so they need more exercise and a quality diet of protein and calcium.

They love their families but are also somewhat wary of strangers, at least until they get to know them. Like pit bulls, they are caring of their owners but not that protective, thus making a rather poor guard dog. Socialization is very important for the Great Dane Pitbull mix, as both parent breeds are very sociable. If left alone for too long, they can become irritated and badly behaved, so they are not an ideal pet for someone who has a busy and demanding work life.

Like both parent breeds, they respond brilliantly to training. This is where discipline is very important, as well as commitment from the owner, as training can be a rather frustrating process, but one with great rewards. Consistent socialization, exercise and attention will make training a much easier process for the owner. As already noted, pit bulls respond well to a firm character, and this quality is a feature of most Great Dane Pitbull mixes.

Check out this video of a cute Great Dane and Pitbull mix dog:

It can be difficult to give a general, all encompassing description of the Great Dane Pitbull mix because cross breeds don’t have a standardized appearances of purebreds. They may look more like a Great Dane, or more like a Pitbull. They are about 24 to 30 inches in height and should weigh around 60 to 100 pounds.

Great Danebull’s coat is mostly smooth and shorthaired which doesn’t require a lot of grooming. Once a day brushing is enough to keep the coat healthy.

Common health issues that can arise with Great Danes or Pitbulls are:

Life expectancy for Great Danebull is around 10 years.

These are wonderful dogs, ideal for an active family. They integrate well and are very good with children, despite their large size. They are caring animals and will undoubtedly make a great addition to the family.